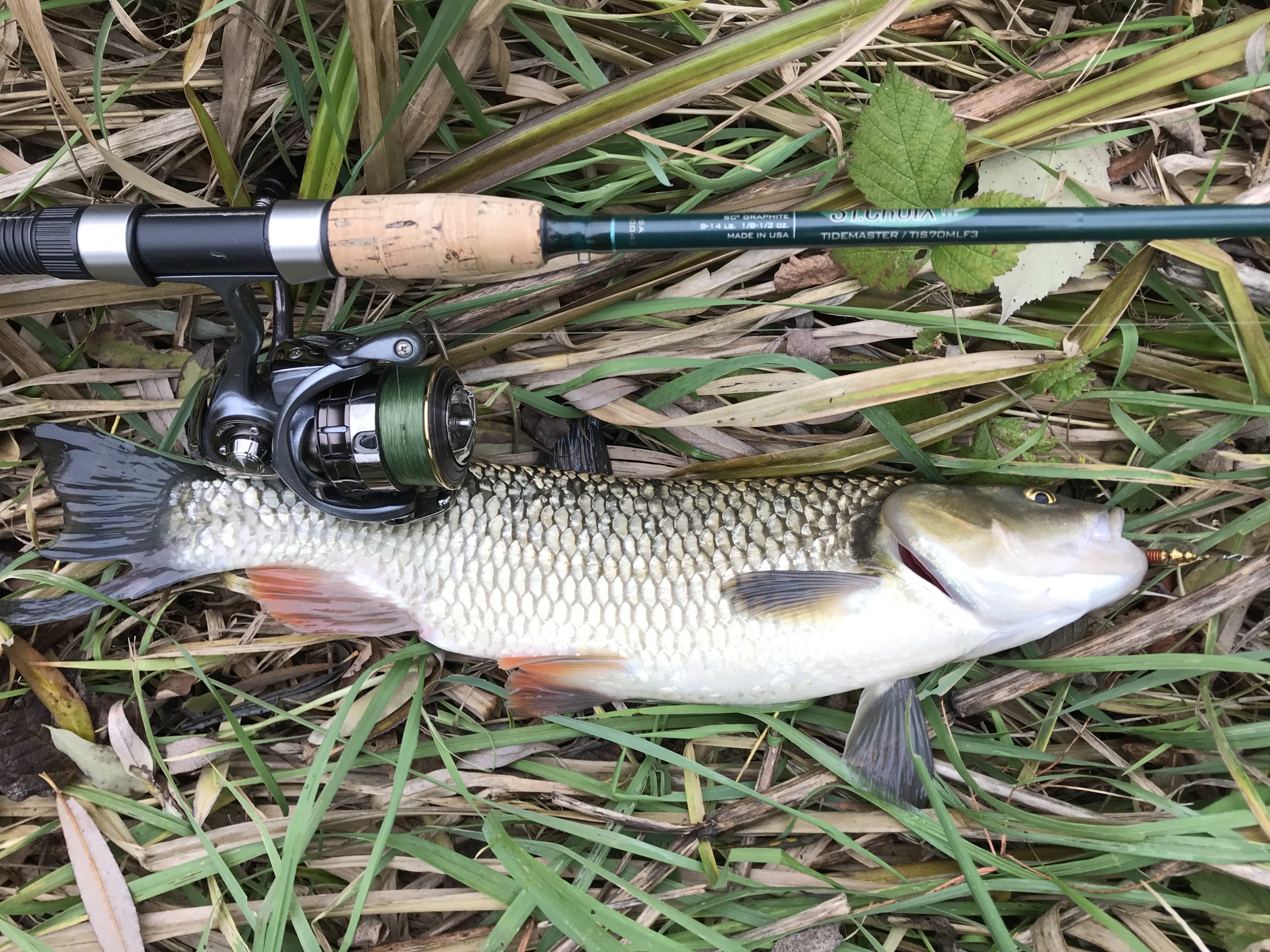 Caught on a Mepps Nr. 2 silver in a slow moving part of the creek with several boulders. There were two large chub – one of them hit the spinner on the first cast and missed. The second cast got the one in the photo. The second chub hit on the third cast, missed and then ignored subsequent casts.

One Reply to “46cm Creek Chub”